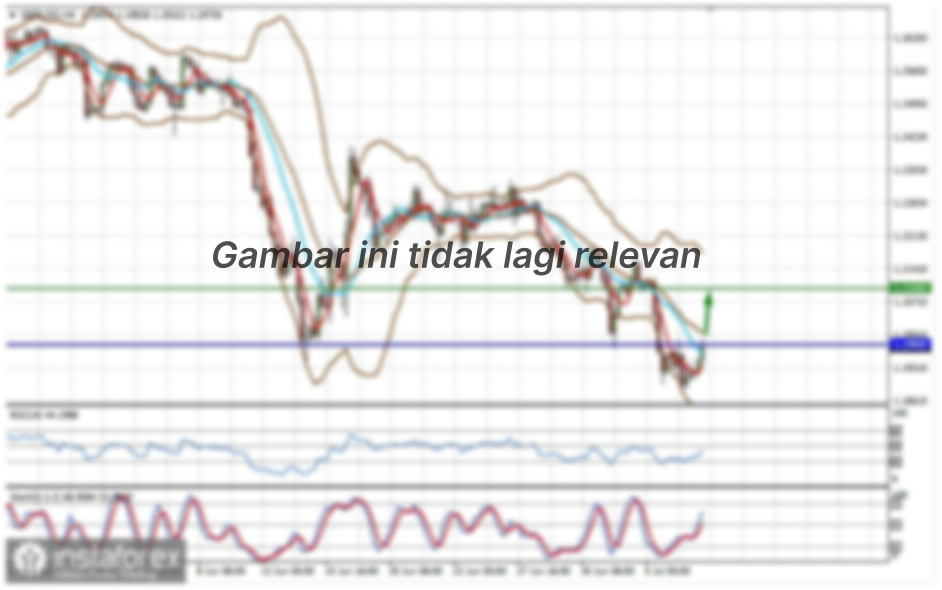 As seen on the 4-hour chart, the EUR/USD pair calmly continues the growth process in the direction of the correction level of 100.0% (1.1448). The rebound of quotations from this Fibo level will allow traders to count on a reversal in favor of the US dollar and a slight drop in the direction of the correction level of 76.4% (1.1367). There are no emerging divergences on June 25. There was very little news on Monday, or rather, it was not at all. Basically, traders discussed the main candidate for the post of British Prime Minister Boris Johnson, who, for example, probably Donald Trump is trying to appear in the press every day. But tonight will be a speech by Fed Chairman Powell at the economic forum. It is not known whether Powell will tell the market something new and interesting, but the fact that his speech will attract the attention of traders is unambiguous. Unfortunately, for the US dollar, this performance is equal to additional risks. Powell is unlikely to use "hawkish" rhetoric, so the probability of new disappointments among traders is higher. Consequently, the dollar may suffer again if there are new hints of a recession in the US and a decrease in the key rate in 2019.

Forecast for EUR/USD and trading recommendations:

The GBP/USD pair rebounded from the correction level of 76.4% (1.2661) and resumed growth in the direction of the Fibo level of 61.8% (1.2798). However, the bearish divergence of the CCI indicator allows traders to count on a reversal in favor of the US currency and a slight drop in quotations. The rebound of the pair from the Fibo level of 61.8% will work similarly in favor of the beginning of the fall. Meanwhile, Boris Johnson said that the country needs to prepare for a "hard" version of Brexit. This is probably Johnson's response to the statement of Donald Tusk, Chairman of the European Council, that there will be no new negotiations with London. In theory, this information may have a negative impact on the pound sterling, as the "hard" option is the worst option, which the Parliament has tried to block several times. However, Johnson is not afraid of this option. It remains only to find out whether Johnson's initiative will support the Parliament or will the story of the Theresa May deal repeat? By the way, most of the traders already consider Johnson the new Prime Minister, but this has not happened yet, so even in this matter there is no absolute clarity.

Forecast for GBP/USD and trading recommendations: